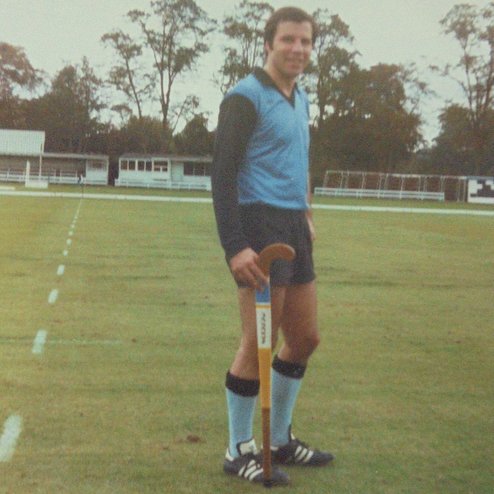 It’s fantastic to include in the Legends Ed Cooper MBE a long-standing member of the club who to this day regularly sits next to me, in the stand at first team home games.

Ed was part of the late Seventies early Eighties days when the club was based at the Sophia Cricket Pavilion and was a character of note from that era. He modestly refers to the “antics “of those times of which he was a considerable part (the details of which will remain in the minds of those there at the time!). He will be remembered as a club “mainstay”, top level player, committee man and clubman known for his reliability and commitment.

It’s not every day that Queen Liz lobs out an MBE and Ed was a deserved recipient for his work in Marine Science. Ed is also a keen astronomer and part of Cardiff Astronomical Society. As part of the space time continuum of CHC he is certainly one of the stars of the club’s history.

Prior to Cardiff Hockey Club

I don’t term myself a legend in any sense, but I’ve been persuaded to contribute with my recollections of Cardiff Hockey Club and other associated anecdotes.

I joined CHC in November 1979 having moved from Sussex to take up a position with Natural Environment Research Council in Barry No. 1 Dock from where we operated the Royal Research Ships for oceanographic research. My attraction to join CHC rather than any other club in the area was largely influenced by recommendations made to me by my teammates at East Grinstead HC who were equivocal that CHC was the premier side in South Wales.

Fortune was with me when I arrived in Cardiff with no pre-arrange accommodation, to find two days after arriving, I’d secured a bedsit in Conway Road (just off Cathedral Road) i.e. a short walk to / from Sophia Gardens.

Prior to playing at East Grinstead (1974 – 1979), I’d played in school XIs from the age of nine featuring initially on the right wing with an English head stick and later mid-week for Kingston Polytechnic (1975 – 1977). Whilst at school I made some appearances for Hampshire Schools.

Whilst at East Grinstead I played in the 1st XI outdoors and the 1st VI squad indoors which resulted in an indoor trial for England in 1979. 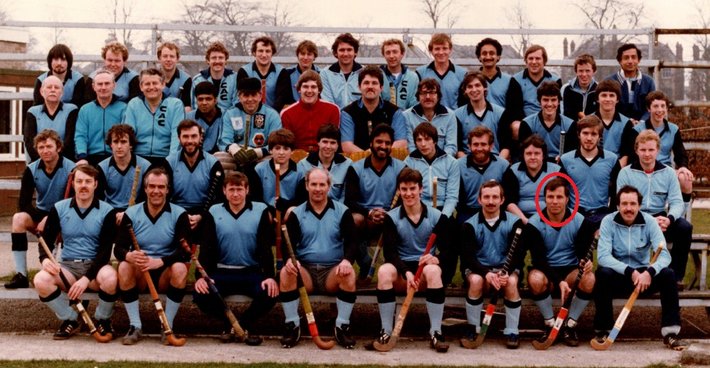 I joined CHC when Rod Wildblood was the Captain, and a number of those mentioned elsewhere were fixtures in the side. My participation in the 1st XI was influenced by work commitments which necessitated me travelling for a month or two at a time, so I often represented the 2nd XI.

I played predominately across the back line taking up the left post at short corners where I never managed to emulate the off-drive from the goal line that I’d witnessed Bob Woolmer (cricketer) play for a side in Tunbridge Wells.

Often alongside me was Colin Brown in characteristic pose leaning on his stick using experience to snap into action. Behind ,in goal ,the following come to mind Bill Hunt, Duncan John, Si Joshua, and Mike Robinson.

At some point I attended a fitness training session at the beginning of a European Tournament season. I recall a session led by Lynn Davies (Olympic Gold Medallist); I don’t know if he took any further sessions, but I don’t believe he was overly impressed with our fitness / flexibility. I never travelled to any of the European events, but it was good to be around those that did and especially those who aspired to play for GB.

At some point I attended CHC Committee Meetings at the Athletic Club in Westgate Street and it was a treat to see the “Trophy Room”. I also held a role on a Welsh Hockey coaching panel with Roger Harris (Whitchurch) and David Salter (Llanishen).

My valete from the CHC was circa 1994 brought on by the relocation of my career to Southampton. My recollection of my last intended game was the game being called off in the car park at Sophia Gardens as we were about to travel to the West Country with insufficient numbers. Prior to that was a visit to Chepstow Hospital following a blow to the face.

In terms of trophies, I still have the following by way of memorabilia:

In the late 70s and early 80s the clubhouse at Sophia Gardens was a great attraction for sides (men and women) to meet up after the game. I don’t know how things are now with more distributed venues and start/finish times, but I’d hope the antics of those days continue.

Festival hockey was very much in vogue; with influence from Rod Wildblood I took the field on a number of occasions for the Vandals invitation hockey side.

In terms of rule changes, the sport is a much-modified version of the game I played starting in 1965, and all for the better.

I was surprised not to see mention of bully-offs identified in earlier entries. I’m sure that there must be a Centre Forward or two who vented their aggression during this process.

I was around for the transfer from grass to Astroturf whilst at CHC (with the occasional dreadful Redgra outing) which had a big influence on the speed and trueness of the ball. Sophia Gardens undoubtedly had the best grass pitches in South Wales.

I returned to South Wales on retirement in 2014 and regularly attended Cardiff & Met 1st XI fixtures and Wales Men’s Internationals at Sophia Gardens.

Steve Way has tried to entice me to return to play some age group hockey, but sorry Steve ,whilst the mind is willing, I don’t think the strains will be appreciated.

I was honoured in the 2014 Queen’s Birthday Honours with an MBE the citation being “For services to Marine Science”.

My main sporting interest is now with Glamorgan CCC who I follow home and away where few years ago, one Rhys Gowman appeared in the Glamorgan set-up providing his physio services.

It’s now 43 years since I first walked through the gates at Sophia Gardens and whilst the facilities have developed into a stadium the playing area is much the same. Former Glamorgan cricketers often remark on how poor the changing facilities were in the old pavilion. However, we thought they were fantastic when compared to those of our away hosts. 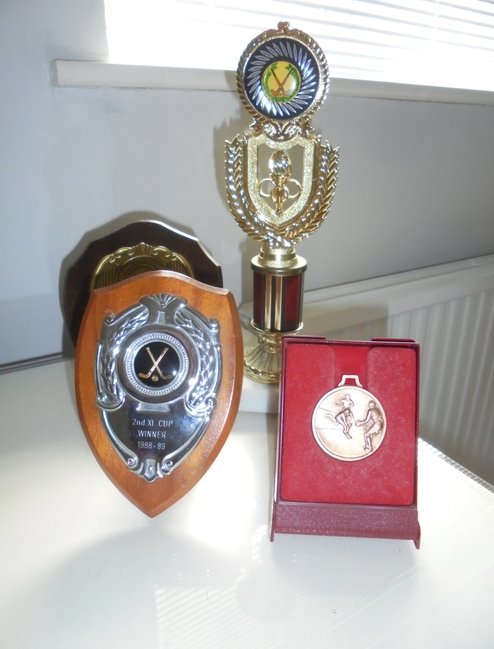