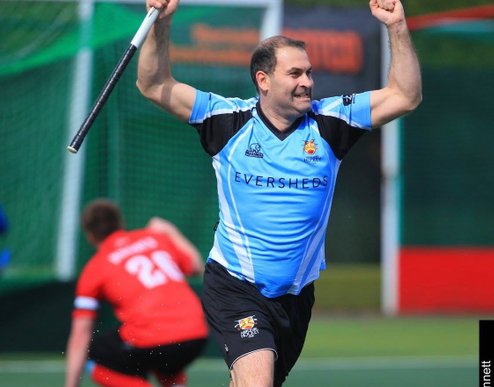 A modern day Legend is none other than Fil Pamment. This is what a true “Club Man” is all about. I first got to know Fil at a club dinner where we got on like a house on fire (probably due to the bottles of Chateauneuf that I had sneaked into the event!) from there we became mates. Fil,in the relatively short time he has been with the club has demonstrated the qualities someone prepared to go that extra mile for the benefit of the “greater good“ of the club as a whole.This is a rare quality and one that should be admired and recognised by the membership. I predict he will be Chairman one day – a truly unique individual.

I was 8 years old when I first picked up a hockey stick shortly after I was started school in Suffolk.  Before I joined Cardiff & Met, my last competitive hockey match had been in 1990 for school when I was sixteen years old.

26 years later, after a career in rugby had taken its toll on my body, I finally returned to the hockey field aged 42.  Boy how things had changed!  Still getting to grips with the rules now!

I played rugby throughout school and University and for Old Actonians in London after I graduated.  I took up coaching juniors when playing started to cause too many aches and pains.  I had just finished coaching junior rugby at Llandaff RC after snapping the tendons in my calf when I took over the hockey parenting responsibilities.  Seeing Jade train and play for Cardiff & Met took me back to my school days and I stupidly thought I couldn’t get as badly injured playing hockey as I was playing rugby.  Two hamstring operations in two years have clearly proved me wrong!

I turned up to my first training session with Jade’s stick and shin pads thinking it would just be a one off and I would not make the grade.  After that session Nezza told me I was playing up front for the 6ths.  Thinking it would be full of oldies like me, I actually found myself in a team full of students, all of whom needed to be taught how to drink by an ex rugby player.  I wondered why I was so popular with them but then realised I was the one driving them everywhere and buying them beer!

Half way through my first season I got the promotion to the 7ths (the Shelton 11).  I was still getting used to playing hockey on astro turf and kept going back to my rugby mentality of sliding tackles and diving down for the ball (this still continues).  The cuts and grazes across my body have caused many a sleepless night. Playing on grass is not nearly as bad as astro turf!

My first tour was to Bordeaux in May 2017 and since then I am a 100% tourist, attending every tour there has been including being made to fly the Welsh flag in Valencia. 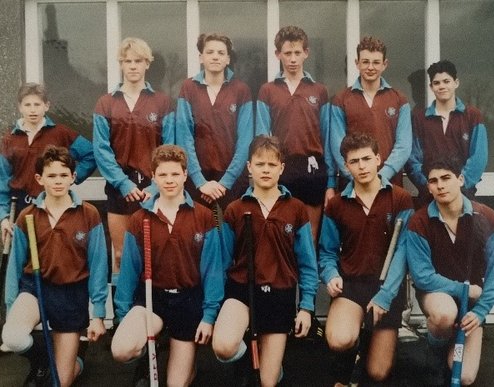 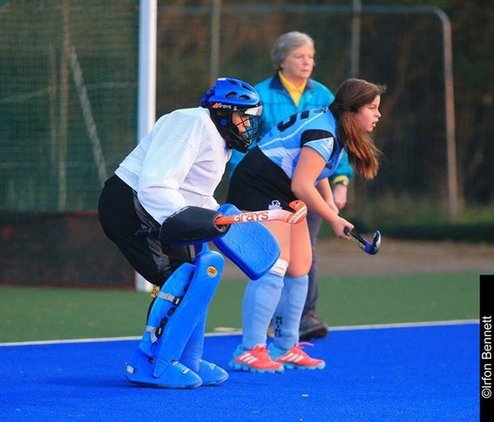 Touring was how I got to know so many people from the club and helped me build great friendships.  Beer festivals in Bruges and racing in Cheltenham are both firmly on the touring circuit.  I cannot wait until we are back out there touring again.

Not long after we were back from my first tour I was so enthusiastic I tried to make hockey a truly family affair.  I managed to persuade the wife to play for a season in goal alongside Jade. Before she gave up she gave me a few goalkeeping tips which started my temporary career as a makeshift goalie even making it to the 3rd team once!

I can’t believe how much I have enjoyed my return to hockey and the friends I have made.  Clearly we all enjoy the success of the silverware and scoring goals although sometimes I take even the friendly games a bit too seriously.  I am still recovering from smashing my knee in the last match before the season stopped when I was determined to not to be beaten by a younger player when we were already four nil down.

Not sure how I ended up as social secretary and organising the Club dinner but it has been a great honour and has helped me get to know even more of the members of the Club.

When I qualified as a Civil and Structural Engineer, I didn’t realise how much of my career would be spend working away from home.  Over the last few years, my career has brought me close to home and my precision engineering skills are needed as much in organising the Club dinner as they are on complex bridge designs!

I have only played for one hockey club and what truly fantastic club Cardiff & Met is.  I have been welcomed by everyone – from mens and womens elite players to veterans and even the youths.  I will continue to play for the Club for as long as the body will allow. 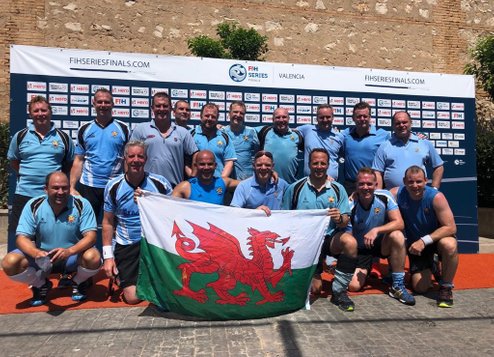 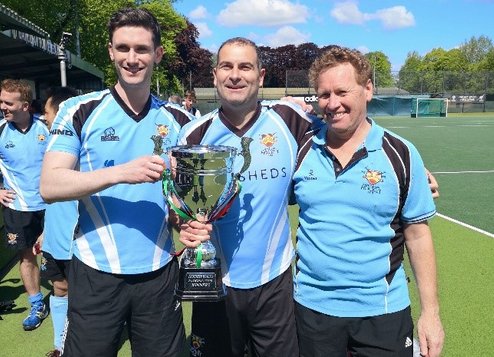