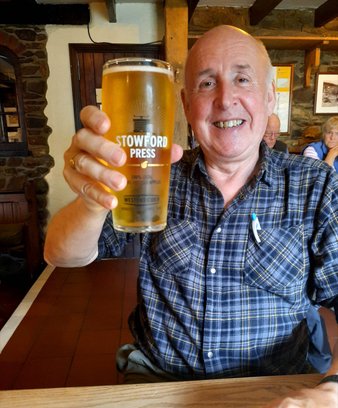 This month I am delighted to introduce Jonnathan Davies who was one of the first club members to befriend me when I joined the club back in the 1970s. Our friendship lasts to this day. His antics both off and on the pitch have earned him legendary status amongst CHC elite. An all time top man,entertaining and fun to be with.

A History with Cardiff Hockey Club

I joined Cardiff Hockey Club in 1974, an enthusiastic 19 year-old, under the captaincy of Ken Williams. I played at full back alongside Bob Bleach, and in those days, rarely ventured over the halfway line.

I progressed to the seconds under Chunni and Rod Mckerlich with an occasional game for the firsts. When playing for the firsts, I tried to avoid passing to Sparky as he always wanted to play a  1-2 with me!

I was team secretary for a few years. We used to meet every Monday night in the Athletics Club and select the teams for the following week. I then sent the selection list to Dave Sobey who sent out a newsletter each week with match reports and the team selection.

In 1976, Wales hosted a Quadrangular Competition with Scotland, Ireland and Germany. These games were played at Sophia Gardens and Bob Bleach and myself were asked to run the outside bars. What a weekend!

I can officially say that I have only ever received one yellow card (in Cardiff!)and that was when playing for the thirds. Geoff Percival was umpiring and the game was getting a little rough. There was a small melee in our half. I was not involved, however when it had calmed down, Geoff showed me a yellow card. In the bar afterwards, I asked Geoff why he had sent me off. He replied that he was losing control of the game and had to send someone off and knew I wouldn’t complain!

I was a founder member of the 6th XI with Chris Foakes.

We trained at Llanrumney on a Tuesday and Thursday. When I joined Cardiff, Rod Wildblood coached me and told me that if the ball goes past you, the player doesn’t – a mantra that I have adhered to throughout my whole career as my teammates will confirm. John Hunt and I used to warm up for the games with a few pints of Reverend James in the Lodge (Mochin Ddu). The ball didn’t hurt as much when it hit you then.

One of my favourite events was the Boxing Day sixes – a great family event; my father and brother would always attend. The time in the bar afterwards was probably more enjoyable than the games, especially when Bill Hunt produced “Jugopoly”. I still smile when I remember Sparky “decorating” the photos on the stairs whilst rushing towards the toilets. Like the true stalwart he is, once back from the toilet, he carried on playing. 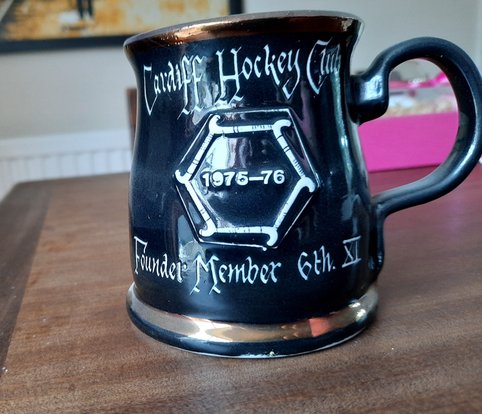 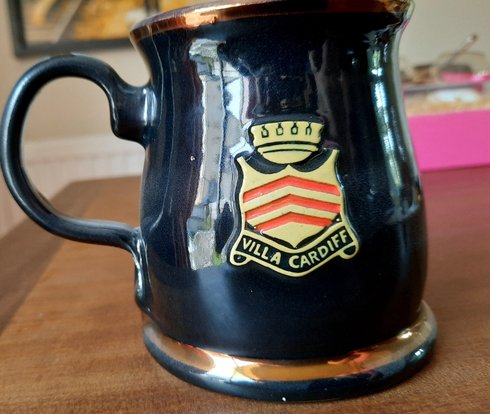 I moved to London in 1977 and joined Beckenham Hockey Club for a short time – but in the early 80s I began travelling back at weekends to play for Cardiff. At that time I was working for a security company, driving an armoured vehicle in which I sometimes arrived at games, along with my brother Jeff. I joined Blackheath Hockey Club in 1986 and I still tour with their “Outcasts” side every Easter (although now as an umpire rather than a player).

I returned to Wales from London in 1990, having gone there to find fame and fortune, coming back with a wife and daughter. I came back to manage a hotel for disabled people near Cowbridge – and a big perk of the job was that I could rejoin CHC. As Captain of the 4ths in 1991-92, the hotel minibus was sometimes pressed into service for team transport – we used an old one which wasn’t used for the guests. On a journey to Pembroke Dock, the nearside front wing became detached and we had to pull over to snap it off and then continue the journey.

I was awarded player of the year in 1991-92. I have kept in touch with the club and have been known to umpire for the 6ths and 7ths when I can get time off work.

Our most memorable minibus journey was on 23rd November 1991. We had travelled to a match in Cwmbran. My wife was pregnant and that Saturday happened to be the due date. After the game, we went to the Glasshouse pub and while the team got a drink, I phoned home, only to discover that my wife had gone into labour some hours before and had been trying to contact me. She had succeeded in getting hold of Chris Foakes who had been frantically trying to get hold of me too. That is the only time I have ever left a pint on the bar – the whole team had to travel back with me. On our arrival, I sent the team into the hotel bar while I went to the hospital with my wife. Jonathan Atter drove the team back to Cardiff and later that night our son Owen was born.

Owen has turned out to be a better hockey player than I was. I used to help Andy Griffiths coach – Owen started when he was 6. He played for Wales’ under 14s, under 16s, and under 18s. I umpired many of his games.