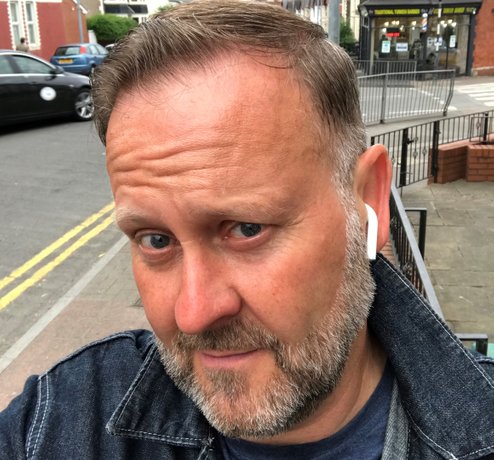 This issues Legend needs no introduction... but I ll do it anyway.

Steve D One of life's colourful characters who , as his profile shows , has been a club "Main Man" for many years. Many readers old and new will know Steve who has been involved as a player, manager, committee member and CAC rep.

Modestly Steve did not mention that in his private life he appeared on Tipping Point - a TV quiz where he blew the competition away and won £10,000 (don’t go chasing him for charity he spent it going to see the Space Shuttle launch ). He runs an excellent private drive chauffer company which I can unashamedly plug here as he deserves all the credit in the world. Another one of Cardiff and Me'ts hard core good guys and a great mate.

The Definition of a Legend..

There are two definitions of the word Legend, look it up, so if indeed I am one, I’m definitely the “none authenticated story” kind.

Having read the previous contributions to this section I’m struggling to find anything noteworthy to report which happened on any hockey pitch ever for which I was responsible (injuries, calamities and expletives not withstanding). So, I’ve decided to just tell my story of a great sports club and the friends I’ve made here.

My hockey story started, as most stories tend to in this section, in the pub. I’d been out on a Mikey Rayer (ask your parents) and at about 6pm found myself in The Lodge Pub. I’m not sure what it’s currently called, but it’s the one next to the WIS. It was relatively quiet until a large and very rowdy group entered. I recognised one of them as a colleague of mine, Stuart Brookes. For those who know Brookesy you’ll appreciate he’s not hard to spot, and a possible candidate for this section. Anyway, I went over to chat and after about 10 minutes I started helping myself to the jugs of beer. The jugs seemed abundant and I figured no one would notice, plus they seemed an affable bunch so if they did notice the threat of injury was low. However, I hadn’t factored in the beady eye of Mark Shelton who’d been monitoring events and when I moved in for my second pint, he swiftly intervened. After a brief exchange, I’d convinced him that I was an accomplished hockey player and was asking Brookesy how I could get involved. At this point I should clarify that I was 37 years old and had never picked up a stick in my life. Shelts took my number, I didn’t think he’d call, I didn’t know Shelts. I played the next weekend and within 5 years I was first team manager and went on to have a number of committee roles including Chairman. I am currently Athletic Club Rep, a position I’ve held for 16 years. So be careful who you steal beer off people.

For the first few years I happily hacked and tripped my way from weekend to weekend sometimes even attending training. Until one fateful night when the afore mentioned Mark Shelton and his equally manipulative sidekick Bill Hunt approached me in the Beverley. I should have suspected something when they didn’t point out it was my round. After plying me with cheap session larger and showering me with compliments they convinced me that I would be the ideal candidate for 1st team manager for the upcoming European competition. I was obviously delighted and ran home to wake up my family and tell them how important I’d become. What the press gang had neglected to tell me was that this trip was to Brest in Belarus. For the non-geographers Brest is about 1000 miles from Chernobyl, completely unaffected by the well-publicised disaster but a strong candidate for twinning. To get there took 4 hours on a coach, a flight to Warsaw, taxis across Warsaw and a train from Warsaw to Brest, including a 4 hour wait at the boarder where I had to bribe numerous officials with t-shirts and badges. The competition was fierce, the boys played well but we ended up playing the first game on finals day. An 8am push back is not ideal at the best of times, but against a team of Russian giants on a sticky uneven pitch in cold Eastern Europe it’s about as hard as it gets. Within the first 10 minutes we’d lost Chris Shaw and Stuart Blake with broken fingers and a badly cut eye respectively but we hung on. The upside of an early start is the amount of time it leaves for the social side of the sport. By 3pm Tim Jones had tired of drinking the perfectly palatable local beer and instead had chosen to join the homeless winos under the stand and partake in their moonshine. The end result of this being Tim mistaking the pavement outside the hotel as a sit-down WC. We had to rush to the train station before he had time to change the boxers that got in the firing line. The family he shared a carriage with are still receiving emotional support. All my trips as manager with the first team were memorable, including two to Prague and one to Paris and Zagreb. And they are all filled with stories but there’s nothing quite like the first time. 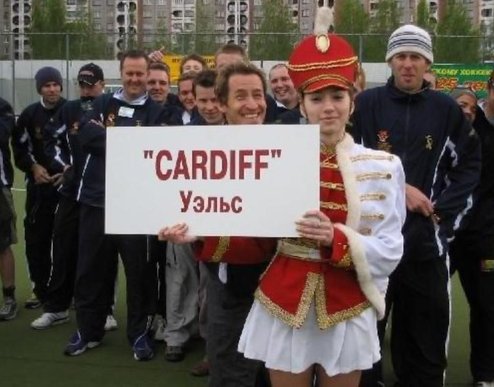 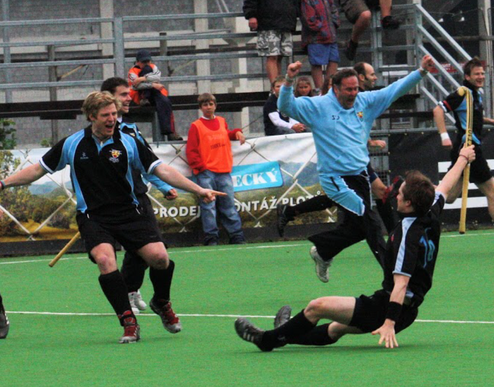 By the time the second trip, Zagreb 2006, came around I’d got a little more organised. I knew all the players well and we’d arrived with a genuine chance. We’d also arrived with one player more than the competition squad numbers allowed. Nick Howard and Chris Shaw both had minor injuries so we were waiting on which would clear up first. The night before the competition both players were asked to report to the physio’s hotel room for a meeting. Kent Fyrth (a fantastic physio) Shelts and I waited and chatted, when 5 minutes early there was a knock on the door, it was Nick. He’d come early to declare himself out, Chris turned up on time to be told he’d better man up as he was in. The next time we saw Nick was 48 hours later after a two-day bender. I’d like to think he was consoling himself having missed out but Neil Evans was involved so perhaps he’d had his head turned. We went on to win that Competition, beating the Italians in the final group match with the last hit of the game. Mark Ramage smashed in a PC. The Italians didn’t take it too well. Neither did they take Ian Davies laughing about it in the lift we shared with them after the game. A lift seems a very small place when three large Italians want to start a fight.

My joining the club coincided with Bill Hunt getting his cheque book out to entice our Aussie and Kiwi cousins over, some of which didn’t get the memo and are still here.....Che Makan. 210 Cathedral Road, the antipodeans house, was the beginning and end of some of the best nights out. Shane Hogan, Bruce Ostrovski, Ryan Zilke, Steve and Mark Gardiner, Bevon and Troy Hari, Mark Ramage, Umesh Hari, Anil Jasmet, David Samuels, Galih Singh and Brendan Nobel all helped start the club on the road back to where the current generation are now doing such an amazing job.

After a couple of years managing the firsts, I was joined by my good friend James Egan. James and I had three years as coach and manager together winning a few things along the way and before we passed the responsibilities on to Andy Gowman and Walid Abdo James was able to persuade his brother Graeme to join our squad. Graeme was a naturally gifted player, making the game appear to slow down whenever he had the ball. Graeme was also one of the nicest people you could wish to know, always smiling, always pleased to see you and invariably laughing. Tragically Graeme died in 2021 aged just 44. It’s difficult to find the right thing to write about something like this but I do know that Graeme played every game in the most attractive and competitive way and win, lose or draw it wasn’t long before you heard him laughing.

Other notable players from my time with the ones, who still figure in the stories we love to retell, are Steve “move your feet” Perchard, whose family were the most generous hosts of our trips to Guernsey. Owain Dolan-Gray and Danny Newcombe both doing the club proud at the highest level and Ian “Ja Rule” Davies, that man could start a fight in a phone box.

I mentioned earlier that very few of my notable hockey moment happen on the pitch. However, there was one occasion, on an Easter tour to Guernsey, that I finish top scorer in the tournament. Sounds impressive until I tell you that my goal haul was based entirely on standing just inside the far post with a flat stick while Mark Ramage deflected the ball off it and into the net. 9 goals in 4 games, read it an weep strikers.

I’m still playing although as the legs are slowly giving up I’ve retreated into the goal. Having watched Rich Nichols for a couple of decades I figured; how hard could it be? It turns out it’s harder than it looks but after a year or so I’ve figured out the order the kit goes on.

I’ve been through some difficult times whilst a member of this club and without the friends I’ve made here I’m not sure how I would have managed. Morgan Miles, Neil Evans, Nick Howard, Dan Caunt, Stuart Brookes, Fil Pamment, Steve Way all the people mentioned above, some I’ve forgotten to mention (sorry) and of course Shelts thank you and let’s hope for many more MOM’s and DOD’s together. 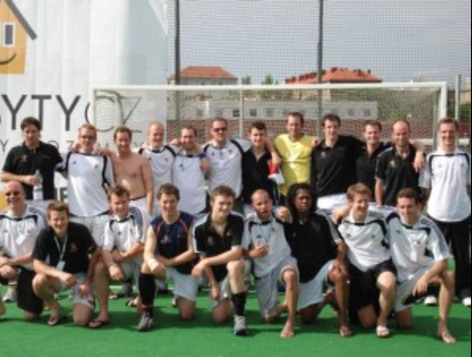