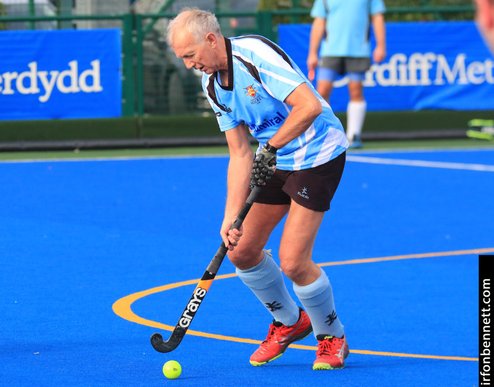 Anyone who has been with Cardiff and Met for even a season or so will no doubt have heard of the Legendary Steve Sparkes. His achievements are second to none holding the all time goal scoring record for the club and there is no one in Welsh Hockey who can claim more goals than this giant of a man. Socially he is also one of the nicest guys you could hope to meet and is one of the original members of the all time hell raisers "The Bulgies". He is still playing for the club and the goal tally notches higher to this day.

I joined Cardiff HC in the1971/72 season having served a 2 year apprenticeship at Bridgend. Joining a first class club was a big step up so I knew I had to make a good impression. My first game was in a tournament in the north of England so on the journey I was determined not to show I was a smoker. I needn’t have worried though because by the time we got to Newport, Rod Wildeblood and Gareth Hughes had  smoked two cigarettes each. I was made to feel at home immediately.

My first game at home on the fabulous grass pitch at Sophia Gardens was against Swansea when I scored my first hattrick. I remember playing alongside the likes of Nunnie Sohanpal (the only team mate from that time who, like me, is still playing), Phil Horsfield, Mike Giddy, Geoff Cocks, Arif Khan, Mike Cornish, Rod McCerlick and Mike Clode. It was a pretty good team but was strengthened over the following few years with the addition of 2 players who would gain GB caps, Howie Williams ( the greatest player I had the privilege of playing alongside) and Bryn Williams and Dave Foston, Geoff Medlow and the great Andy Gowman. A young whippersnapper named Tim Percival completed the team. Little wonder that I managed to score a few goals with such a quality team around me.

We had a number of forays into Europe. Both indoors and out. All were enjoyable with different levels of success, but perhaps the most memorable was our last venture in 1992 in Gibraltar. As an aging side we weren’t given much chance of success but came 3rd and managed to relax between games poolside with a few beers. 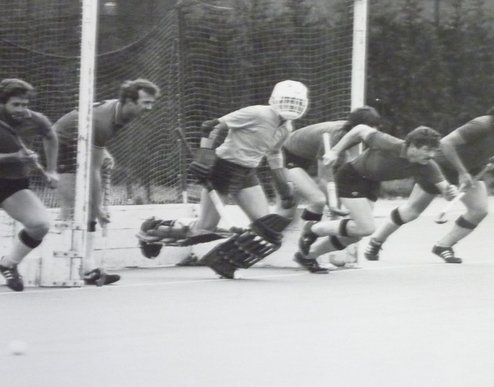 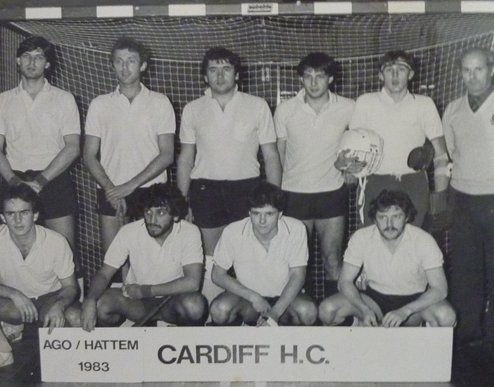 The social scene at the club wasn’t too bad either. Boxing Day sixes with mandatory jugopoly, crashing out on someone’s floor every Saturday night, getting to know Gowman’s neighbours when they had to step over me lying comatose in the corridor. Great days! Then of course there was The Bulgies in Weymouth. It’s a wonder I have any memory left at all.

There have been a few rule changes along the way. Who remembers ‘roll-ins’ from the sidelines which had to bounce in the tramlines? Offside, obstruction, only playing the ball with one side of the stick, hand stops at short corners, being allowed to hit the ball at any height direct from a short corner, long corners taken in the same way as short corners.

I’ve been extremely proud and privileged to have represented Wales both indoors and out from schoolboy days right through to the present where I play for the over 65s. Nunnie, Tim and I were involved in the very first Welsh veterans team in 2000, playing in a Home Nations tournament in Cardiff. Masters hockey has really taken off since then and I was fortunate enough to be involved with the Wales over 65s team that won the bronze medal at the World Championships in Barcelona in 2018.

Cardiff & Met is undoubtedly the greatest hockey club. I now play for Shelton’s fabulous fifths and will continue playing as long as my legs hold out and as long as Shelts keeps selecting me. 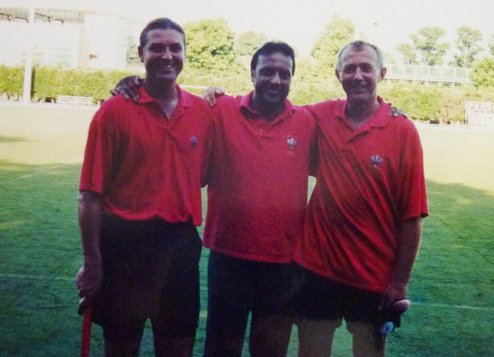 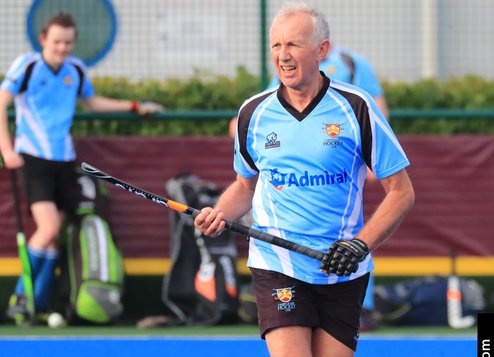