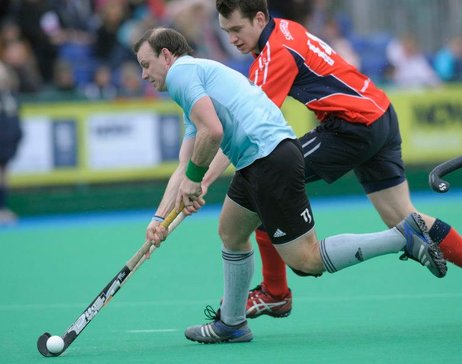 I am delighted to welcome Tim Jones to the Legends section as this guy was someone who truly made a difference at the club. He has over his career scored around 1000 goals gained 8 Welsh Caps and played in over 50 European matches including EHL. He is the current Welsh over 40's skipper and has played National League for 5 years.

My personal memories of him as a player were that he was amazingly skilful and a goalscoring machine. He was “Hacked “ to hell and back by opposition unable to cope with his talent a pace and regularly “felled “ by the same only to dust himself down and get on with the game such was his character. During some of leaner seasons the club suffered he remained our one star player and had we lost him back then it could have been “ game over for CHC” . A great guy with who so many of us have shared some fantastic times and to who the club owes a great deal of gratitude. His story is set out below

I joined Cardiff HC in 1999 fresh out of school. Drafted in on a cold Saturday morning as the 2nds were short. I can barely remember that game apart from some old bloke up front (Steve Sparkes) wouldn’t pass me the ball as I scored more than him and another old bloke in midfield (Howie Williams Ex GB) kept shouting at me. I couldn’t really say anything back to him as he had the quickest hands I had ever seen. Andy Gowman was on the wing and I soon found out I was surrounded by a team of ex internationals. One game led to the next and the whole season turned into a battle between me and Sparksy about who could score more. I can’t remember who won just that neither of us would pass the ball to each other.

Come the end of the season, I felt it was time to confront the then 1st team captain CJ (Chris Jackson) about why I hadn’t been picked for the 1’s. “You need more time to learn” was his response, something that still grates me to this day!

I didn’t have to wait long for my 1st team debut and from then on there was no looking back. 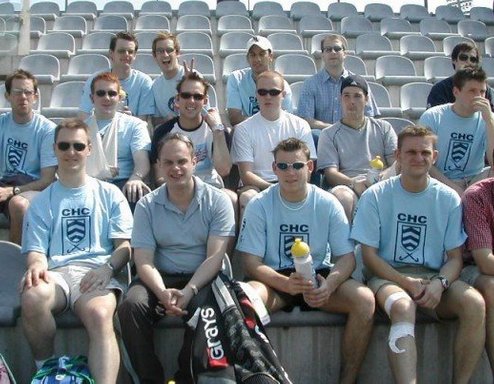 A few seasons of mid table mediocracy and flirting with relegation in some lowly Welsh league made me think I was destined for better things. I decided to leave! Cometh the hour cometh the man… Bill Hunt, Chairman, legend. He took me to one side and asked me what it would take for me to stay as he had a plan to turn Cardiff HC into the superpower of Hockey it is now. He promised me that if I stayed we would become the greatest club in Wales and rival the English clubs. At the time, I was a poor student, badly in need of a new hockey stick…… that was all it took. A brand new TK1Plus and I stayed at Cardiff for the next 13 years.

He wasn’t lying either. The very next season we imported 4 Australians (hockey prowess debatable but drinking ability top notch). Followed the season after by 4 Kiwis who really could play. Cardiff powered up the leagues, promotion after promotion. We seemed to exchange Kiwi’s every 2 years for new improved ones and we just got better and better and before we knew it, Cardiff were a National League hockey club.

We overtook Whitchurch as the best club in Wales, won countless Welsh cups. Went to Europe every year and I even got the privilege to play in the EHL in Barcelona. I also won my first full senior cap for Wales, something I never thought could happen playing for Cardiff which is now littered with full Welsh internationals. Cardiff HC really had become the club I was promised it would be and I’m proud to say I was part of the journey that got it where it is today.

Obviously, I wasn’t just in it for the hockey. The drinking was unbelievable. Life as a student was hard to party with Cardiff, but thanks to the generosity of many established members (Bill, Reggie, Shelts) I always found a way to get suitably intoxicated every Saturday. One fine memory in particular- picture the scene “Cup Final” V Swansea. In the changing room’s pre game, the coach is giving his motivational speech. Bill Hunt barges in, “IF YOU BOYS WIN TODAY YOU ALL DRINK FOR FREE TONIGHT”! That was all the motivation we need and we duly obliged and so did Bill. WHAT A NIGHT! I’ve been told there was over 1000 Jauger Bombs on the bar tab………

So many fond memories of so many good nights, pub quizzes, 3 legged pub crawls, race nights. There really was no excuse needed to have a drink, so much so that we invented “Sunday Club” just so we could drink on Sundays (pre national league days of course).  When things on the hockey front started getting serious we had to curtail that a little, especially when Bill started bringing a breathalyser to games to check if we’d been out the night before.

Although I don’t currently play for Cardiff now due to location, I’m still firmly a part of the Cardiff Vets. We now tour whenever we can. France was the first. That was Epic. I’ve found the funny side of Mal and wish I could find Nezza’s serious side as he’s more of a joker than I am. We represent Cardiff HC Vets at the Paella cup whenever we can in Spain.

Cardiff “is” the only club I’ll ever love, I can’t bring myself to shout any other teams name in the pre- game huddles. I’ve made some lifelong friends there and achieved hockey goals I never thought were possible. 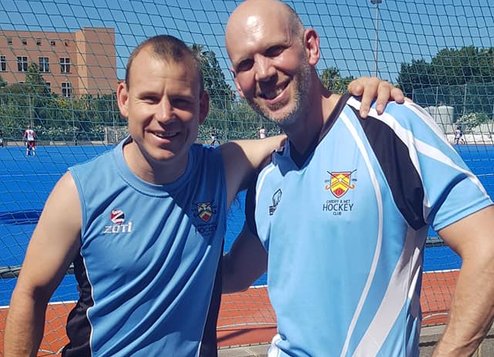 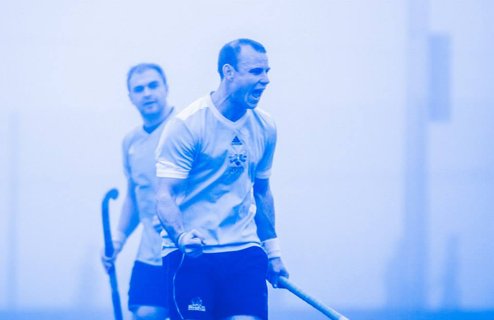